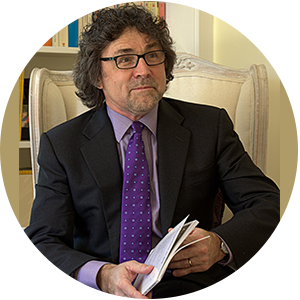 Take a look at John Wilson’s

Dr. John P. Wilson is Professor of  Sociology and Spatial Sciences in the Dana and David Dornsife College of Letters, Arts and Sciences at the University of Southern California (USC) where he directs the Spatial Sciences Institute as well Wilson Map Lap. He holds appointments as Professor in the School of Architecture, in the Keck School of Medicine of USC’s Department of Preventive Medicine, and in the  and in the Viterbi School of Engineering’s Departments of Computer Science and Civil & Environmental Engineering.

From 1998 to 2001 and 2007 to 2010 he was Chair of the Department of Geography at USC, and from 1992 to 1997 he was Professor of Geography in the Department of Earth Sciences, Adjunct Professor in the Department of Plant & Soil Science, and Director of the Geographic Information and Analysis Center (GIAC) at Montana State University (MSU). His early career was as Assistant Professor (1984-1990) and then Associate Professor of Geography (1990-1994) with corresponding adjunct appointments in Plant & Soil Science at MSU. He founded GIAC at MSU in 1989 and the GIS Research Laboratory, GIST Graduate Programs, and Spatial Sciences Institute at USC in 1997, 2007 and 2010, respectively. He has held several visiting appointments in environmental studies, geography, and planning at the Australian National University, University of Canterbury, University of Chinese Academy of Sciences, University of Utrecht, University of Waikato, and most recently, in the Institute of Geographical Sciences and Natural Resources Research at the Chinese Academy of Sciences.

He founded the journal Transactions in GIS published by Wiley-Blackwell in 1996, and has served as Editor-in-Chief since its inception. He currently serves on the editorial boards of the International Journal of Disaster Response & Emergency Management, Journal of Geo-Spatial Information Science, Open Geospatial Data, Software, & Standards, and the Annals of the Association of American Geographers Review of Books. He has previously served on the editorial boards of Applied Geography (1992-2001) and the Annals of the Association of American Geographers (2006-2009). He has chaired the Applied Geography Specialty Group of the Association of American Geographers (1989-1991) and the Research Committee of the University Consortium for Geographic Information Science (UCGIS) (2002-2005). He also served on the Board of Directors (2003-2006) and as President of UCGIS from 2006 to 2007. He currently serves as Editor-in-Chief for the UCGIS GIST Body of Knowledge project and is an active participant in the UNIGIS International Network, a worldwide consortium of universities focused on online geographic information science academic programs.

His research focuses on the modeling of human and environmental systems and makes extensive use of GIS, spatial analysis, and computer models. He has published numerous books and articles on these topics, including Environmental Applications of Digital Terrain Modeling (Wiley, 2018) and two edited volumes, Terrain Analysis: Principles and Applications (Wiley, 2000) and the Handbook of Geographic Information Science (Blackwell, 2008). Much of this work is collaborative with the goal of improving our understanding of the factors linking people, their environments, and their health. The work of his lab group can be seen at http://johnwilson.usc.edu/. He has received numerous honors for his research and teaching, the most recent his election as a Fellow of the UCGIS (2014) and his receipt of a Lifetime Achievement Award by the International Association of Chinese Professionals in Geographic Information Science (2016) and the GIS Education Award by the UCGIS (2019). He also received a Mellon Award for Excellence in Mentoring from the Center for Excellence in Teaching at USC (2005) and the Albert S. Raubenheimer Outstanding Faculty Award for his research, teaching, and service contributions in Dornsife College at USC (2004).

185 presentations at conferences and symposia (60 co-authored with students)

Building Successful Collaborations
The best collaborations are those where the sum of the parts is more than the parts themselves. These opportunities occur in a variety of ways but the best usually involve faculty colleagues and students, as explained below

A quick glance at my publications will indicate that I have been lucky enough to work with many wonderful colleagues over the years. Indeed, there are too many to mention by name, but let me say that I have come to realize in the past couple of years that my role in such collaborations is changing quickly. I chose to go to Montana State University in 1984 because I loved the landscapes and I saw tremendous opportunities to gather expertise and guidance from a trio of senior faculty – Steve Custer, Gerry Nielsen, and Robert Taylor. Each was influential and all three played key roles in my early successes in both fundraising and publishing. My hope is that I gathered sufficient knowledge and wisdom over the past 30 years that I might switch my role in these kinds of collaborations going forward – one in which I assume the role of senior scholar and guiding hand and seek out young scholars like Jordy Hendrikx (Department of Earth Sciences, Montana State University) and Kelly Sanders (Department of Civil and Environmental Engineering, University of Southern California) to build new and novel collaborative research projects.

A quick glance at my publications will indicate that I have also published many book chapters, journal articles, and conference proceedings papers with graduate students over the past three decades. I chose an academic career so I could work with students and the “value proposition that has accompanied this choice gets better with the passage of time. I have never tired of teaching nor guiding student research projects and look forward to many new opportunities to do this using the new degree programs we have created in the USC Spatial Sciences Institute in the years ahead.